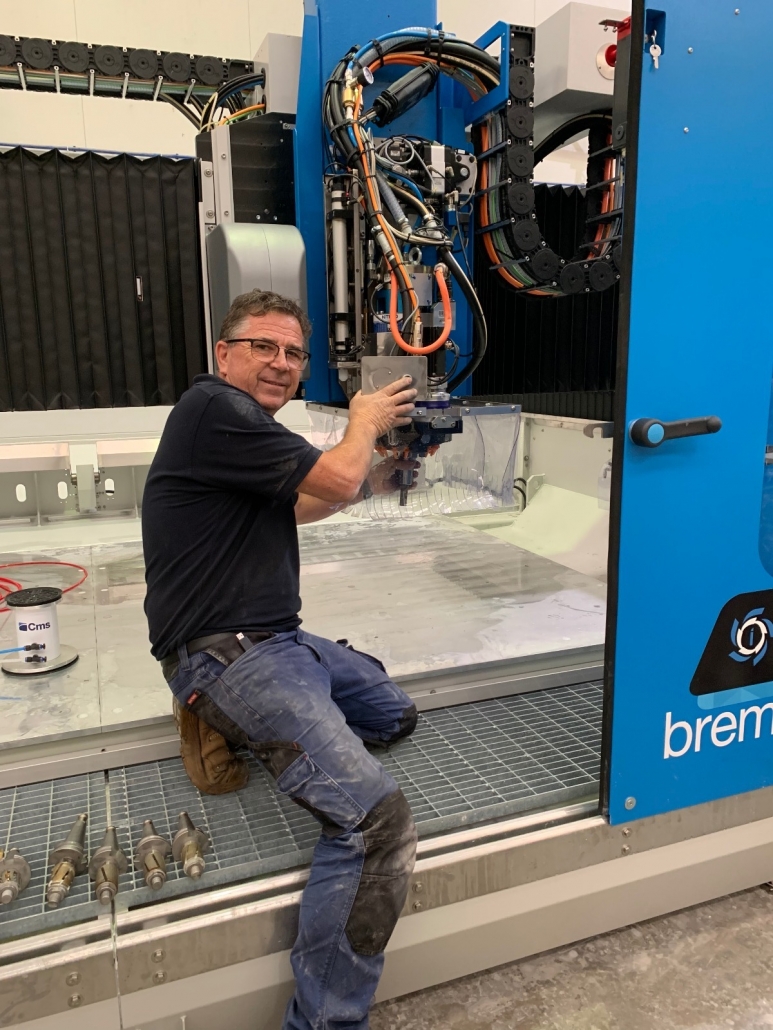 Like many mechanical geniuses, Gary Middleton had a genetic predisposition for technical talent.  Working alongside his father, a fitter and machinist, he remembers a time where children were free to explore their interests and capabilities beyond a theoretical framework.

“I come from a family of five sisters and me. All my sisters went to private colleges, while my mum said I was never going to be academic. I was the one with the technical brain. I learned to weld by the time I was 12, I would go to work on the weekend with my Dad, when it was still ok to do so.”

It was evident that Gary would do exceedingly well with hands-on work. He didn’t waste much time considering options. Back in the 80s, the South Australian applied for around sixty different apprenticeships, landing one at the British Tube Mills in Adelaide, which was accepted. Once the apprenticeship was up, he was off to Tasmania, building hydroelectric turbines. Then it was back to Adelaide, working on odd jobs. Finally, he settled on a role that would lead him to become the expert technician that he is today.

“Eventually I started at Pilkington Seraphic in 1994. That was basically maintaining, servicing, and installing all the glass processing equipment. And then I was at National Glass in Queensland basically doing the same thing.”

While at National Glass, a CMS Profile and Speed joined the fleet of machines deployed by the factory. Marco, our Expert Technician, was sent to install it, and would go on to teach Gary all about caring for and maintaining CMS equipment. Unbeknownst to our Queensland veteran, the training would form the basis for becoming an Innovync technician in 2021, following a long career in with Australia’s most reputable Glass firms.

“I was one of the leads in the team to install the equipment, which is when I met Marco. He did my training when I went to Italy. I was at National Glass for 14 years, then I went to JeldWen Glass for 2 ½ years, and now I’m at Innovync.”

Having met Marco and Pierre years ago, Gary felt that something was stirring within the former Unimac. As part of our team, he is conscious that he’s playing a key role in bringing a big vision to life; powered by the mind of our Managing Director.

“I’ve known Pierre for several years, as I’ve been a customer of Innovync’s for National and JeldWen. He has a vision of where he wants to go and I find that quite attractive to be a part of.”

Drawing upon 40 years of experience in the Glass and now Stone industries, Gary’s unique skill set and perspective are invaluable. Four decades of maintaining and fixing a wide variety of machinery is nothing to sneeze at, nor are his reflections on the past and present state of Australian manufacturing.

“Manufacturing when I started was probably more laid-back compared to today’s market, which is higher speed, technology, greater demand and quality, and delivery of the product or service.”

As a witness of the gradual shift in technology and business, our Queensland Expert has seen much throughout his career. That fact that he’s been a technician for four decades speaks volumes about the challenging nature of the work; and raises the question; why stick with it for so long?

“I enjoy meeting different people, understanding the different pressures that the businesses are in at that point in time. Seeing the appreciation that people give you when you fix a machine for them is priceless.”

That’s exactly the kind of attitude that Innovync practices and supports. No wonder Gary’s path crossed with ours, then merged to flow in the same direction.

Don’t be afraid to pick his brains while he’s out on a call. An absolute wealth of knowledge rests between his ears, and he’s more than happy to share it!