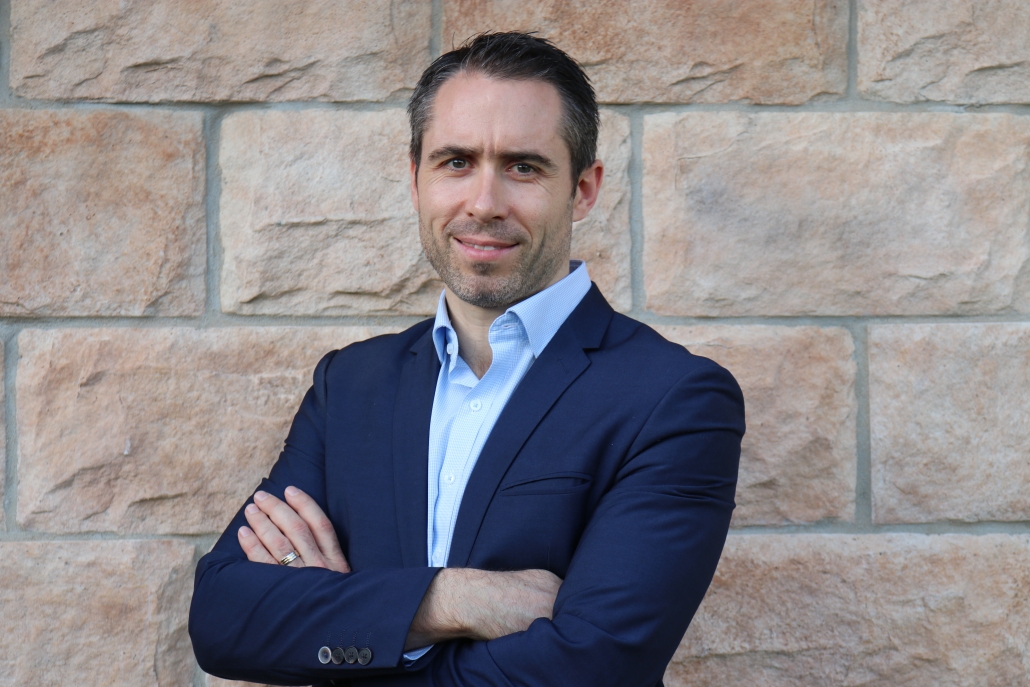 From the moment you hear our founder’s voice, the Irish heritage gives itself away.  Born and raised in Co.Cavan, Pierre experienced a childhood that was more than a little tough. Coincidentally, it turned out to be an unlikely asset for his future success.

“We didn’t really have a lot of money. When I was young, we had a small farm and a shop. Everyone had to do their share to put food on the table. I remember when I was around 10, there was a lake nearby – it was in the middle of the country, where people would go for swimming lessons. I would get a box from the shop, fill it with chips, lollies, drinks, walk 5 kms and sell them by the lake. I guess that taught me entrepreneurial skills from an early age; but I never realised it then. It was more out of necessity than anything else.”

Growing up on a farm, there was always a lot to do. Pierre’s father, a fitter, would call him to help with jobs and doing things around the house. When his sickness got worse, more roles and responsibilities were passed down to his son; who did his part to keep the family afloat. Fixing and adjusting things came out of necessity –  and became a part of his nature; prevailing to this day.

“I would always fix my own bikes and help Dad to build things; but never actively sought a technical career. I had an interest in working with my hands. I never knew what I wanted to do – so when people ask me if I wanted to be a technician; I have to reply; not actively.”

Yet, somehow that’s exactly where Pierre’s career ended up. While undertaking an electrical apprenticeship, our founder was keeping one of Ireland’s biggest food manufacturers alive as a maintenance technician. Those were the first machines he ever worked on professionally – but certainly not the last.

“It was 12 hour shift work; I would do two days on, two days off; three days on etc, but I couldn’t sit around on my days off, I had to keep busy and loved working. A family friend had a business selling and installing gym equipment, so on my days off, I would travel around Ireland fixing the equipment in high tech gyms. Then I began assisting in installing and designing the gyms as well.”

And playing football at a high level on the side, might we add. With a great pay, interesting work, and an athletic career all on the go, he was happily busy with life. Unbeknownst to him, life was just about to put him on track to bigger, greater things than he had ever imagined.

At the time, Pierre’s girlfriend had her eyes set on going to Australia. Eventually and reluctantly, he gave into going. They travelled the world together, and had plans to stay in Australia for a few months to work…which became years. Pierre found a job as a service technician at one of Australia’s biggest machinery suppliers, where he quickly progressed. With technical expertise and a magnetic dedication to service, he soon rose to Head Engineer within the company, and was even offered a job as Oceania Service Manager. Initially, he rejected it, feeling that there wasn’t enough support to reach a satisfactory level of quality – but after repeated requests and promises from management, Pierre gave in at last. He briefly worked within that team, managing and training other technicians. In the end, his initial impression was confirmed.  A resignation letter soon followed.

“I didn’t want to do it because I discovered that customer service was a secondary concern, and I didn’t feel that I had the support to deliver the level of service our customers deserved. I am not a salesperson, I’m an engineer at heart. I provide machine solutions to customers who have a need to progress. Exceptional after sales service must be at the core of this,” he reflects.

A different code of ethics runs at the forefront of our founder’s mind – fuelled by passion and dedication to serving others. The roots trail as far back as his childhood; however, one particular story from his early career illustrates exactly what Innovync’s Managing Director is made of.

“I remember, at the beginning of my career in Australia, there was a big problem with a customer’s machine. After several failed attempts by technicians to get it running, I was given the task to fix it. Arriving at the customer late in the afternoon, in case I needed the support from the manufacturer, I stayed until after midnight on a Friday night to get it running, as I knew the manufacturer needed it, and I was determined to get it going again, no matter what. I didn’t even consider getting paid for it because overtime wasn’t in my salary. When I meet the customer today, he still talks about it.”

This is the kind of service Pierre had hoped to inspire within the ranks of his former Australian workplace. After leaving the firm, our expert Engineer began to freelance for his former employer; continuing to care for client machines, this time under his own terms. There was no shortage of work, and he soon began to train other technicians, forming his own company – something he had never planned on doing.

And create his destiny, he did. Pierre quickly crossed paths with a former colleague, who became his business partner in a new venture. Both had their own individual businesses, one in machine sales, and the other in equipment service. The soon-to-be partners found common ground, and decided to close their companies, forming one joint venture – Unimac Machinery. There, Pierre handled machine care, sales when required, operations and service; particularly in the Stone division, and later with Glass – an addition offered by CMS. Not long after Unimac’s inception, Craig Haidley came on board, adding a new level of expertise to the company – which was about to change once again.

“At the end of 2019, I got to a point in our business where I realised we were both focused in different directions. I’m young, very driven, focused on a progressive career, and growing – and I needed an outlet for that.”

So, in early 2020, Innovync was born, with Pierre heading the way as Managing Director. Operating a hands-on approach to running the business, Pierre’s dedication to customer service is at the heart of all that he does. On the ground, he’s right alongside expert technician Marco, new technician Ardi, and of course Craig, but (Stone and Glass sales guru) and Ryan (Business Development Manager). Always learning, observing, and finding solutions, his presence is central to Innovync, and acts as the heartbeat that pumps life into our machine solutions and service excellence.

“I don’t do what I do because of money. I do what I do for the satisfaction of seeing a customer’s gratitude. That’s my satisfaction. I’m very lucky and can honestly say, I love what I do. From running my own business, to the technical aspect, assisting customers to advance in their business, and witnessing our own staff forge their own careers.”

With a long list of grateful Australian and New Zealand manufacturers behind him – and growing – Innovync’s Managing Director has carved out an extraordinary destiny on the wings of value, care, and an unshakeable need to be of service to others, in every way he can. This extends beyond the vast activities within his professional role, and spills over into every part of his life – a cup truly maxed to the fullest.

“There are three elements to my life – my work, my family and my charity”

You’re more than welcome to book in a meeting with our founder and get to know him even better in person or over the phone!

Silicosis prevention in the workplace: can it be done?

Carbon Fibre Australia: A Look At R&D, Industry, And Innovation
Scroll to top